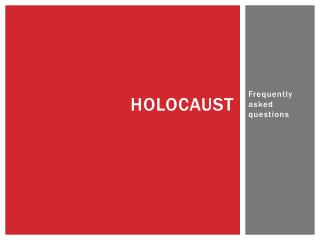 Holocaust. Frequently asked questions. What was the holocaust?. It was the systematic and bureaucratic annihilation of 6 million Jews and millions of others that took place between 1933 and 1945.