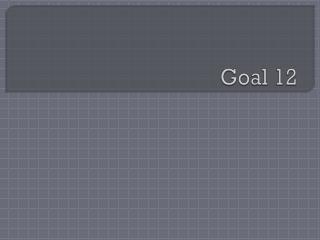 Goal 12 Terms - . : started to fight against israel; goal is to retake the territory lost to make israel; arafat was

Goal - . reliable comprehensive affordable easy to use (if you have access to a microscope). primary area (100%) nordic

Goal: - . understanding and creating platforms for easy capture and edit of materials to understand structure and