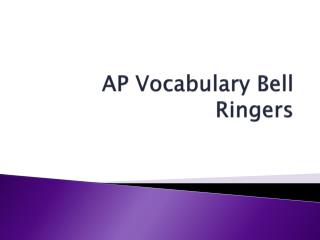 AP Style Bell Ringers - . journalism 1 and 2. which of these versions is correct? and why?. 1. it’s not ok to wear

Ap World History Bell Ringers - . gosnell. monday 8/12. which of the following occurred as a result of the development of