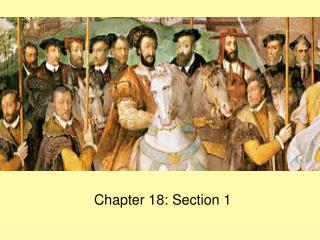 The Power of Spain. Chapter 18: Section 1. Main Idea. Spain experienced a golden age during the 1500s, but economic problems and military struggles decreased Spanish power by the 1600s. Goals. Identify the challenges King Charles I faced when he became Emperor Charles V (the fifth). THE LANGUAGES OF SPAIN - . in spain there are four different languages, which are: castilian galican catalan basque

The energy and the wind power farms in spain - . alternative energies: the energy for the future?. spain has a large

The Art of Power Royal Armor and Portraits from Imperial Spain - . national gallery of art washington

Spain: the Canada of Europe? - . an economic comparison of two vastly different countries, with important elements in

The Jewish community of Spain - . where is spain?. spain is located in europe on the iberian peninsula . its bordered by

The Golden Age of Spain - . mr. white’s world history class. objectives. after this section, we should be able to:

The Crusade of Catholic Spain - . maggie hill. philip ii. charles v abdicated the spanish branch of his throne to his

MADRID The capital of Spain - . location / geographical site. the population is in approximately 3.9 million. industry

WATERSHEDS OF SPAIN - . a watershed is an area where all the rivers and streams flow into the same area . there are three