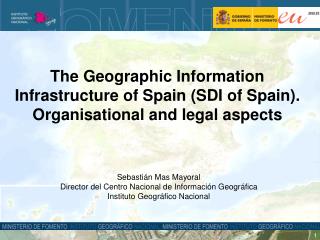 The Power of Spain - . chapter 18: section 1. main idea. spain experienced a golden age during the 1500s, but economic

THE LANGUAGES OF SPAIN - . in spain there are four different languages, which are: castilian galican catalan basque

WATERSHEDS OF SPAIN - . a watershed is an area where all the rivers and streams flow into the same area . there are three

Wonders of Spain - . open your eyes to a whole new place by kelly mason spanish grades 9-12. click to go to main menu.