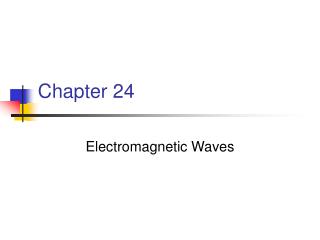 ELECTROMAGNETIC WAVES - . name given to a range of waves having different wavelengths, frequencies and energies but some

Electromagnetic waves - . def:7 different types of waves that do not need mediums, and can travel through vacuums . a

Chapter 14 - . light and color. 14.1 electromagnetic spectrum. figure 14.3 if strike charged metal to and fro in empty

Electromagnetic Waves - . unit 9. where we are…. we will finish the 3 rd quarter with a general study of