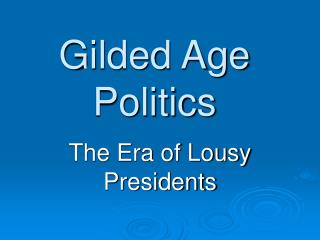 RECONSTRUCTION &amp; THE GILDED AGE - . 1869 - argued that texas had never seceded because there is no provision in

Religion in the Gilded Age - . fundamentalism and the social gospel. two distinct