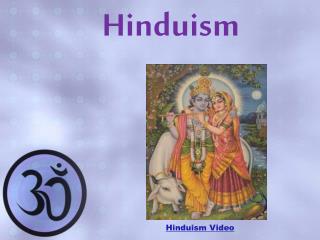 Hinduism. Hinduism Video. World Population. 900 million. origins. Hinduism is made up of a variety of different religious beliefs and practices which originated near the river Indus in India. The name 'Hindu' comes from the word Indus. The religion dates back over 4,000 years.