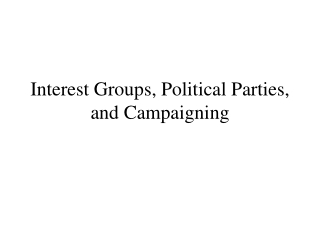 Chapter 7 Interest Groups and Political Parties - . what is an interest group? an organized group of individuals who

Political parties/voting/campaigning - . thomas jefferson. origins of the 2 party system. constitution says nothing about