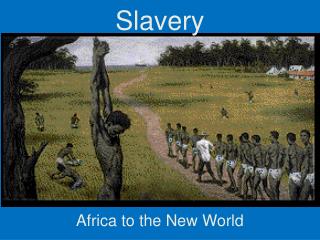 Slavery - . the economy of the south. tobacco rice paddies sugarcane biggest… cotton. cotton on the roadside, cotton in

Slavery - . table of contents. the middle passage. arrival in america. abolitionism and frederick douglass. the

Slavery - . just what drove the expansion of the british empire into one of the largest in history?. john