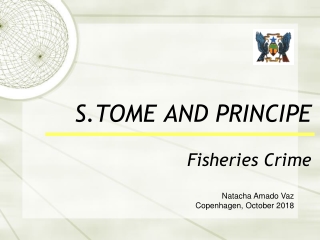 S.TOME AND PRINCIPE Fisheries Crime. Natacha Amado Vaz Copenhagen , October 2018. Objectives of the Presentation. Presentation of the country and the geographical environment (geographical characteristics) Legislation in force and ratified conventions 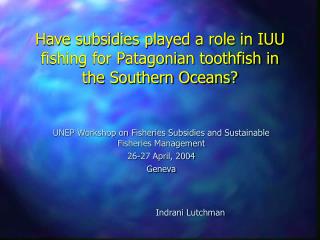 Have subsidies played a role in IUU fishing for Patagonian toothfish in the Southern Oceans?

Have subsidies played a role in IUU fishing for Patagonian toothfish in the Southern Oceans? . UNEP Workshop on Fisheries Subsidies and Sustainable Fisheries Management 26-27 April, 2004 Geneva Indrani Lutchman. Outline of presentation. Introduction to the case study 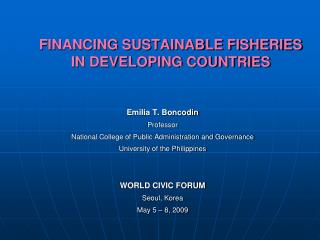 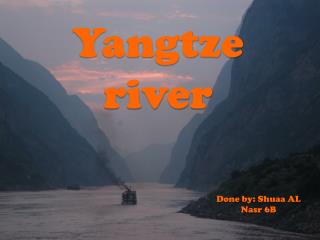 Yangtze river. Done by: Shuaa AL Nasr 6B. What is the Yangtze river? Where is it located?. 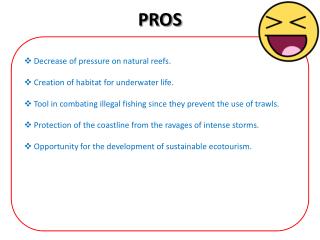 PROS. Decrease of pressure on natural reefs. Creation of habitat for underwater life. Tool in combating illegal fishing since they prevent the use of trawls. Protection of the coastline from the ravages of intense storms. O pportunity for the development of sustainable ecotourism. CONS. 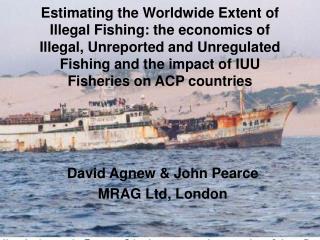 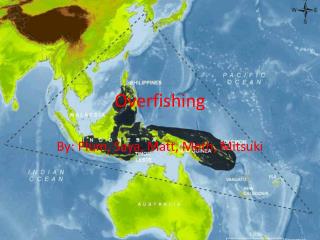 Overfishing. By: Plum, Saya, Matt, Meth, Mitsuki. The Result of Overfishing in Sundaland. In the Gulf of Thailand, the fish population plummeted by up to 86% over the period of 30 years from 1961 to 1991. Catch rate per hour also dropped more than sevenfold from 1966 to 1994. 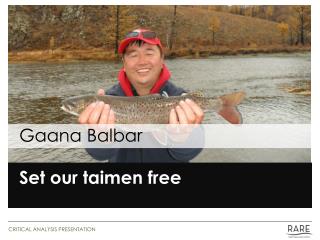 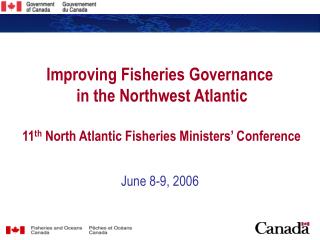 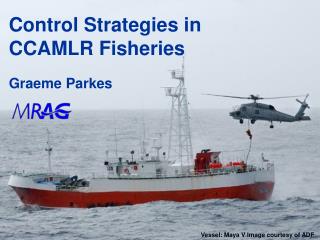 Control Strategies in CCAMLR Fisheries Graeme Parkes. Vessel: Maya V Image courtesy of ADF. CCAMLR: The Commission for the Conservation of Antarctic Marine Living Resources. Organisation responsible for the m anagement of fisheries in the Antarctic 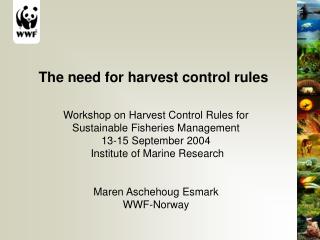 The need for harvest control rules 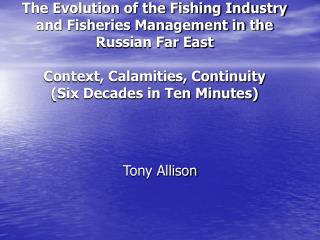 The Evolution of the Fishing Industry and Fisheries Management in the Russian Far East Context, Calamities, Continuity (Six Decades in Ten Minutes). Tony Allison. Summary: The Four Recent Epochs of RFE Fisheries and Their Meaning for Today. The Soviet legacy: will nostalgia trump rationality? 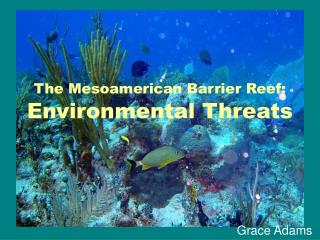 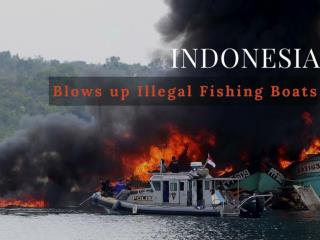 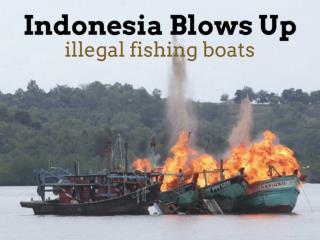 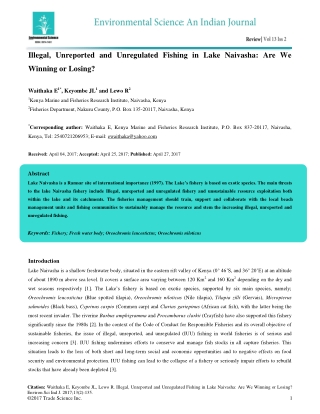 Illegal, Unreported and Unregulated Fishing in Lake Naivasha: Are We Winning or Losing?

Lake Naivasha is a Ramsar site of international importance (1997). The Lake’s fishery is based on exotic species. The main threats to the lake Naivasha fishery include Illegal, unreported and unregulated fishery and unsustainable resource exploitation both within the lake and its catchments. The fisheries management should train, support and collaborate with the local beach management units and fishing communities to sustainably manage the resource and stem the increasing illegal, unreported and unregulated fishing.