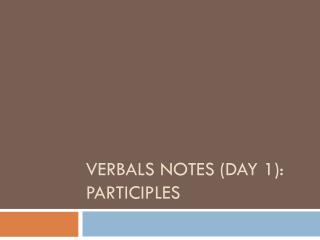 Notes - Eclipses solar eclipse a. umbra: -dark, central region of the moon’s shadow -you can see a total eclipse

Notes to LMS’s: - This ppt is not meant to be shown all at once. instead, use it as part of a booktalk. introduce a

Duffy’s Notes - . market structures. theories of imperfect competition. industrial organization is the study of the

Ecology Notes - . 2012. ecology:. the study of interactions between organisms and their environment. levels of

2013-2014 - . note taking and the scientific method. your science notebook!. left side. right side. student notes

Gerunds- verbal nouns - . consider this sentence. discere est utilis - to learn is fun or learning is fun the infinitive