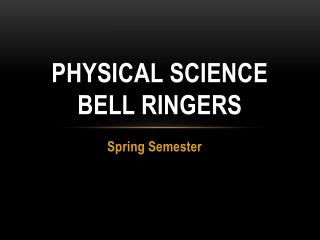 Nature of Science Bell Ringers - . fcat 2.0. jane is investigating to find out if bean plants grow taller in ordinary