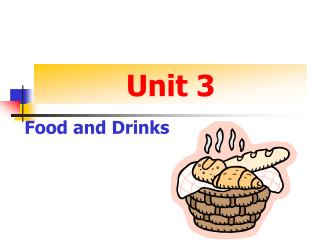 Unit 3. Food and Drinks. Questions. Do you like fast food? What do you think of the western food? You often go to the Mcdonald's or KFC? Do you know Pizza? Have you ever had it?. Text. come up with Can you come up with an explanation of your failure in the exam? in the shape of