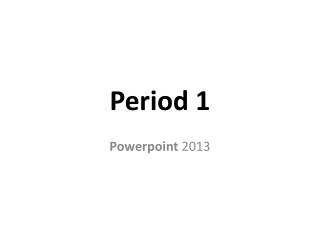 Period 1. Powerpoint 2013. Agenda. Bellringer :. Why are some areas more powerful than others?. Your Notebook. Objective: Allow student to focus on important information during their reading and to organize information. Set up (for each unit) Objective sheet Unit Vocabulary Period 1 - . do now 1. how is life distributed in aquatic ecosystems? list the 3 zones. 2. list 2 factors that affect