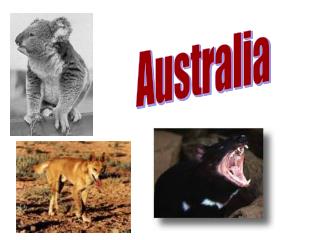 Australia. The Australian flag with the Union Jack in the corner (one star per state). Kangaroos in the Outback. The echidna (an egg laying mammal). Aussies love the sport of cricket. and “Aussie Rules” football. Rugby. A 50-stitch ruck.