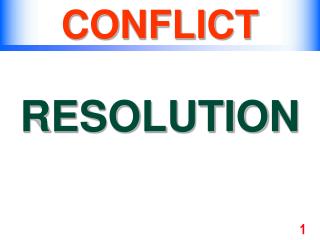 CONFLICT RESOLUTION. CONFLICT. Conflict. Conflict : A condition that exists anytime two or more people disagree. Interpersonal conflict is unavoidable, but we can learn to manage it. Conflict.