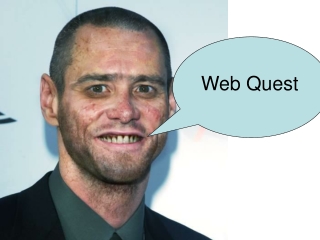 Web Quest. are you. ?. ready. GO. New words are always being invented or coming into the language because of developments in the world of information technology, the media and so on. Try our quiz and word game so that you can familiarize yourself with some of the new words.