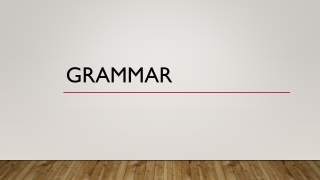 Grammar. Verbs. There are 3 Types of VERBS:. 1. Action verbs 2. Linking verbs 3. Helping verbs. Verb: What is its Purpose?. A verb is one of the most important parts of the sentence.