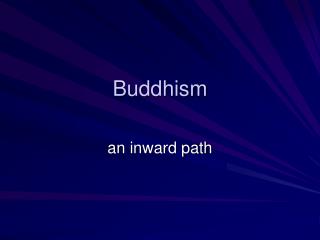 Buddhism. an inward path. Origins. Gautama Siddhartha A man who achieved enlightenment at the age of 35 Not a prophet, god, or a spokesman for a god