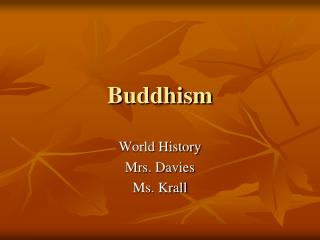 Buddhism. World History Mrs. Davies Ms. Krall. Unlike Christianity or Hinduism:. Buddhists do not believe in the idea of an eminent being, such as God.