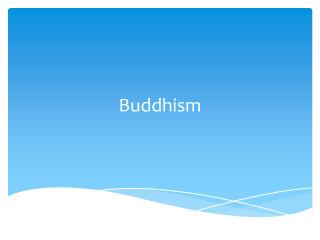 Buddhism. Basic Data. Basic Data. Who is a Buddhist?. About 376 million persons are “traditional Buddhists” They have taken refuge in the Three Jewels, those following all of the precepts of Buddhism laid down by the Buddha,)