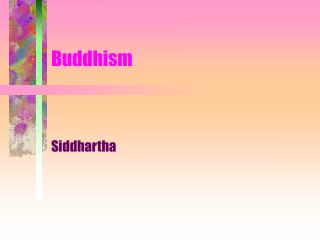 Buddhism. Siddhartha. 1. an old man. Four Passing Sights. http://webonautics.com/mythology/images/buddha_old.jpg. 2. a sick man who was diseased ridden 3. a corpse on the way to being cremated 4. a holy man who had no possessions but was at peace. A Change for a Change Maker.