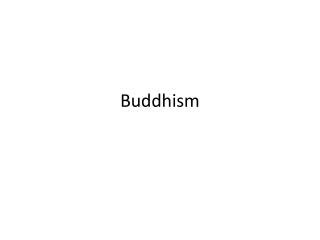 Buddhism . Buddhism - 560 to 490 BCE. Buddhism developed out of the teachings of Siddhartha Gautama who, in 535 BCE, reached enlightenment and assumed the title Buddha .