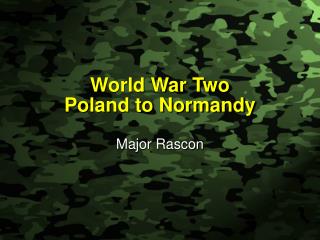 World War II: Normandy - . lesson 18. operation overlord. at the trident conference the allies had agreed to plan for a