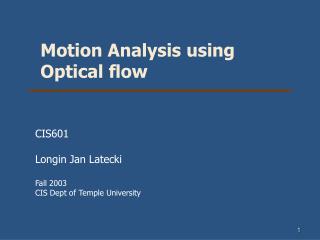 One Dimensional Flow - . the first flow situation we will investigate is that of one dimensional, inviscid, adiabatic

CHAPTER 2: Kinematics of Linear Motion (5 hours) - . 2.0 kinematics of linear motion. is defined as the studies of motion

ISO 10110 Optical Drawing Standards - Iso 10110. what is it?. 2. iso standard describing preparation of drawings for

Chapter 5 Projectile motion - . 1. recall: a projectile is an object only acted upon by gravity. 2. chapter 4: [linear