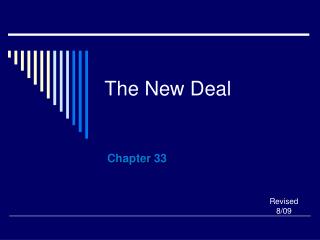 The New Deal. Chapter 33. Revised 8/09. In spite of the many criticisms, most Americans were ready for a change. . ‘______________’. Election to inauguration President elect – no constitutional power Current president – no political power