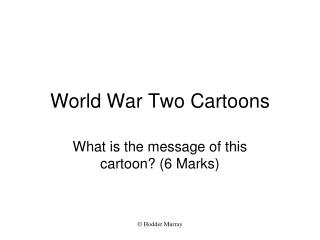 Analyzing Attitudes on Immigration Through Political Cartoons - . history alive activity 1.3 angela brown. what to do:.