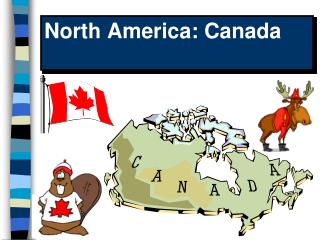 North America: Canada. Canada. Made up of ten provinces and three Territories. 2 nd largest country in land area. More than 5,000 miles (8,050 km) of border with the US. About ninety percent of Canada’s population lives within 100 miles (161 km) of the US-Canadian border North America; Canada - . by: khalid. canada’s flag. the weather in canada. the average temperature in ottawa is 5.7

North America - . describing north america as a realm. consists of canada and usa (hawaii excluded). major cities of the

North America - . africa. introduction to greek philosophy. why the greeks???. what was unique about the greek cultural,

North America - . how can we organize the geography of north america? by culture? by landscape? by region? can we combine

North America - . first migrants from asia over 10,000 years ago, probably much more. probably came over the bering