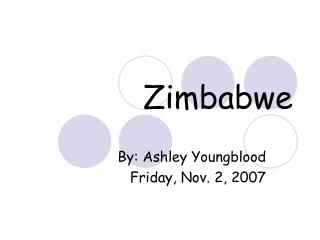 Zimbabwe is the home to Victoria Falls, one of the greatest natural wonders of the world. Encloses the stone of Great Zimbabwe, which is a remnant of a past empire ...