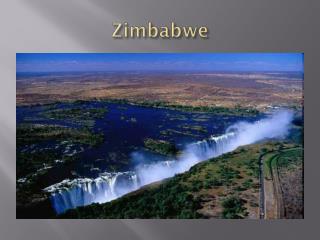 Zimbabwe. White Independence. The white minority government of Rhodesia declared its independence from UK in 1965. This was the 1 st time a colony had done this without consent of the crown since 1776 Prime Minister Ian Smith would lead the new nation