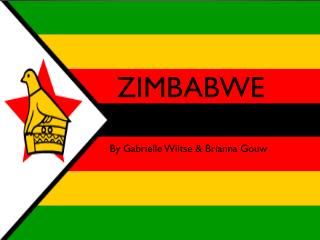 Zimbabwe. By Gabrielle Wiltse & Brianna Gouw. Where Is Zimbabwe & why is it making news?. Located in the south eastern region of Africa, surrounded by Zambia, Botswana, Mozambique, and South Africa.