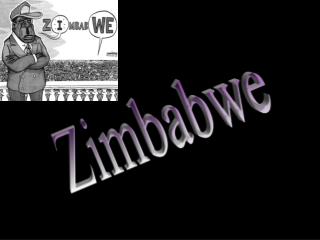 Zimbabwe. Geography and People. Zimbabwe is landlocked nation Goods must be sent through neighboring nations, usually Mozambique Mild climate, wet and dry seasons Produces cash crops like tobacco and cotton, food crops like corn Suffered from drought only in 1980’s