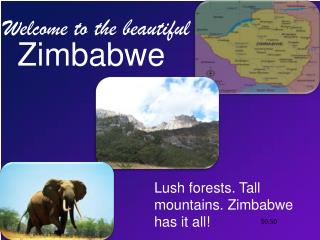 Zimbabwe. Welcome to the beautiful . Lush forests. Tall mountains. Zimbabwe has it all!. $0.50.