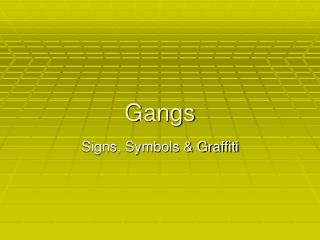 Gangs. Signs, Symbols & Graffiti. Colors. Gang colors have traditionally been shown with bandanas. This practice began in the California prisons, where inmates were issued a bandana as part of their clothing.