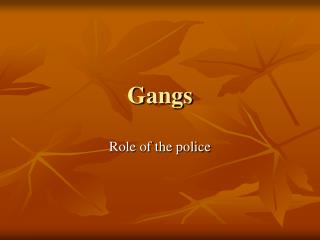 Gangs. Role of the police. Definition. No one definition Common elements Persistence over time Appearing in a group publicly Self-Identification as a gang Symbols Claims over turf and criminal activity. Gangs.