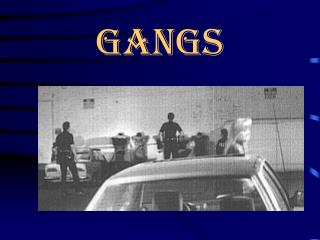 gangs. Definition Of A Gang. Being an organized group with some recognized leader. Remaining together during peaceful times as well as during conflicts. Showing unity in obvious ways. Conducting activities that are criminal or threatening to another person, the community, or a rival.