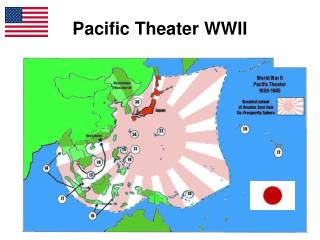 WWII: European Theater - . the battle of the atlantic. winston churchill once wrote that, '... the only thing that ever

WWII- The Pacific - . japanese imperialism and militarism. rapid industrialization and militarization under the slogan -

WWII: The Pacific Theatre - . america’s war with japan. wwii ends in europe on may 8, 1945 the war in the pacific raged

Pacific Theather in WWII - . by mike hartman. allies: united states, the british commonwealth, france, and the

WWII in the Pacific - . vocab. lend-lease act – us congressional act allowing fdr sell or lend war materials to “any

World War II: Pacific Theater - . overview. where the battle’s were fought who won those battle’s outcome of the