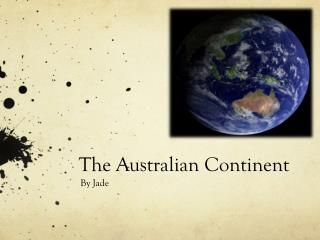 The Australian Continent. By Jade. Australia’s Geographical Dimensions. A continent is one of seven great landmasses. The majority of countries are located on one of these continents.