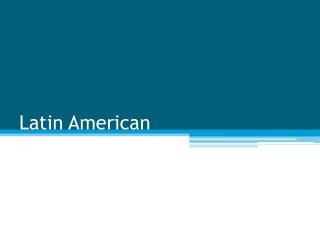 Latin American. Latin America. Latin America : landmass that stretches southward from the Rio Grande to the tip of South America Official language is either Spanish or Portuguese, based on Latin Spanish were the first to explore and settle. Latin American Dishes.