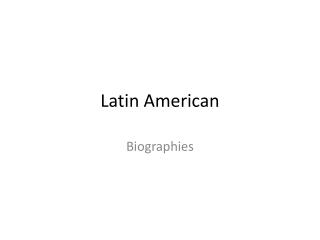 Latin American. Biographies. Montezuma II (1466-1520). Last Aztec emperor when Cortés arrived, Montezuma thought he was a god. He was held hostage, then killed, by Cortés. His empire was conquered and destroyed by Spain. Aztec Empire. HERNAN CORTES ( 1485-1547) .