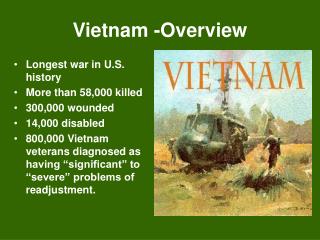 Vietnam War Overview - . infer &amp; predict:. what kind of war would make a soldier feel this way? what country do

Vietnam Conflict Overview - . nick sischo. dates. the vietnam war lasted from 1955 to 1975 it was started on the first of