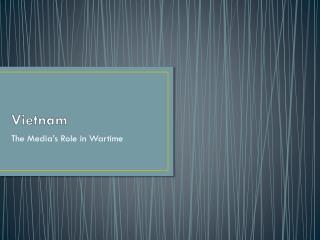 Vietnam. The Media’s Role in Wartime.