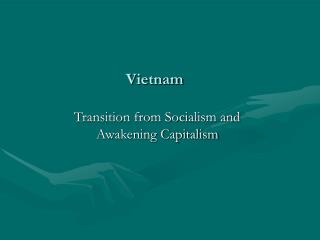 Vietnam. Transition from Socialism and Awakening Capitalism. Over 82 million people but only 25 percent urban Population clusters in Mekong delta and Red River Valley Ruled by China 1000 years Conquest of Vietnam by France began in 1858 and was completed by 1884.