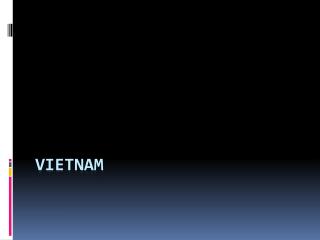 Vietnam. Statistics and History. 87 million people 1000 year occupation by the Chinese from 111 BC to 939 AD Different cultures in Tonkin, Annam, and Cochin China Colonized by French in late 1800s and thrown out by 1954