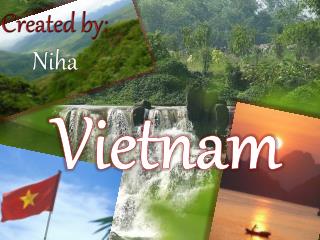 Created by: Niha . Vietnam. Vietnam. Map of. geography. Geography. What countries are on the Border of Vietnam? The countries that are on the borders of Vietnam are, China, Laos, Thailand and Cambodia. What is the Climate like?