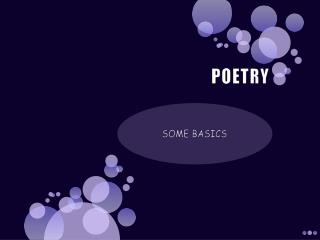 POETRY. SOME BASICS. Rhythm. This is a recurrence or repetition in the pacing of sound It can be fast or slow It can be staccato or flowing. Meter. A measure or count of something When looking at poetry, meter is really just counting syllables in words.