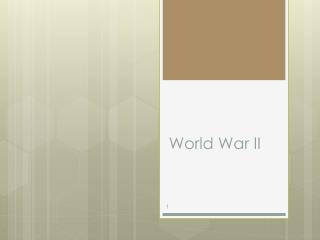 World War II. World War Looms. Dictators Around the World. Soviet Union: Joseph Stalin and Communism (where the government owns everything and provides healthcare, education, and welfare) Italy: Benito Mussolini and fascism (the government owns business, but people have some power).