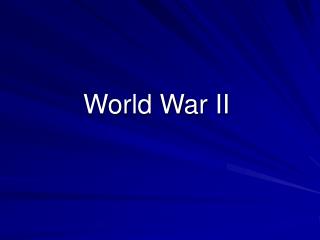 World War II. Sides. Axis Powers: Known as the Rome-Tokyo-Berlin Axis, these three powers tried to conquer territory for themselves while other powers were in decline. Germany. After World War I, Germany fell into economic problems that weakened the new democratic government.