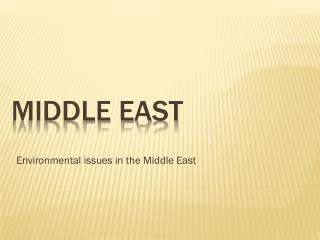 Environmental issues in the Middle East . Middle East . Environment of Dubai. Garbage piled up on a sewage plant property in Dubai. Sewage treatment operations have struggled to keep up with booming development. .